I found myself singing along to the “Everybody Workout” song recently after riding past a Nordic Track that had been put curbside for the taking. You’ve probably heard these lyrics: “Strong hands….Lean back….Tight buns….” and on and on.

I believe that ad is emblematic of the “fitness-industrial complex.” They sing of fitness as a butcher would sing about cuts of beef.

Many of us have seen the alarming data on our health and fitness in America: 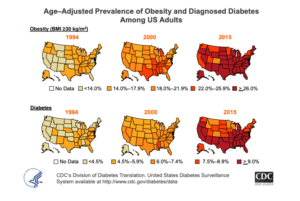 “For most people, the gym is broken,” said Raj Kapoor, who is dedicating some of the fortune he made as a co-founder of Snapfish on improving American health. “Globally it’s a $75 billion business and 60 percent of people don’t go, even though they are paying.

With Americans spending a combined $100 billion on health clubs or weight loss, why are we in such poor physical condition?  Ask that question at a dinner party and prepare to hear about a variety of purported villains: television, fatty foods, computer games, high fructose corn syrup, automobiles, fast food, carbs, or laziness….to which the answer is probably, well, yes. We have a tendency to drill down into the microscopic details of physiology and diet. To better understand the plight of modern Americans, however, pulling back on the lens may provide better perspective.

“Living in modern America is a lot like keeping a cactus healthy in Seattle…outside,” states Dr. James O’Keefe, the brilliant cardiologist who delved into research on organic fitness more than a decade ago. “We live in a world of debilitating convenience.”

In a groundbreaking paper written in 2010, O’Keefe and other doctors zeroed in on how humans evolved physiologically as hunter gatherers.

“We’re weird looking for a reason. Strip us naked and humans look more like insects than animals, what with our spindly legs and gangly arms and fat, round heads swiveling on top of peculiarly inflexible spines. We’re slow and weak and can barely climb to save our lives, and we lack all the really good stuff like tails and hooves and fangs,” wrote Christopher McDougall in his amazing book Natural Born Heroes. “We’d be helpless if we couldn’t do three things: hunt, gather and share.”

Our ability to work in a group as persistent hunters and gatherers is why humans flourished. We evolved physically as organic endurance athletes; but we evolved psychologically to be sedentary. While we are built to move, we are wired to rest.

Note we were not built to “workout” in an abstract sense. Some of the keys to organic hunter-gatherer fitness, this paper revealed, shocked those conditioned by the fitness-industrial complex:

But after World War II – just two generations ago – O’Keefe and his colleagues noted the arrival of the digital age. With the advent of IBM, television, telecommunications and automobiles most of us no longer had to move. Factoring in all that (we’ll save processed food for another discussion) one should find it hard to understand why American rates of morbid obesity are not higher!

Having put a dam in this mighty evolutionary river we turned to the fitness industrial complex to stave off the flood with treadmills serving as buckets and spin bikes as mops. This inventory includes gyms, personal trainers, health clubs, in-home fitness equipment and weight loss programs. None of which are bad; it is just that the flood is too big.

“You pull this and push that so many times a day and you get to be a little amateur Samson…The strength of the man so trained has no reliance on itself. It is superficial – only skin deep, as it were – and will not ‘stay put’,” wrote Edwin Checkley, whose little book “A Natural Method of Physical Training” rebuked the emerging fitness industry in 1890.

After 120 years that industry still has failed to improve our general public health. It has only gotten worse.

“It drives me crazy that women think being in shape is being skinny and men think it’s being big. But the best athletes don’t look like models or bodybuilders,” said Lee Saxby, physical therapist and technical director of Wildfitness.  “Most people see exercise as punishment for being fat….So instead of being a release for stress, it’s one more mental burden.

“You never see your dog running non-stop around and around in a circle for an hour…If he did, you’d think there’s something really wrong with him. Instead, he’ll chase something, roll around, sprint, rest, mix things up,” said Dr. E. Paul Zehr, a professor of neuroscience and kinesiology at the University of Victoria. “Animal play has a purpose, and it’s not hard to surmise that human play should as well.”

Shortly after releasing that 2010 paper, O’Keefe spoke at The Ancestral Health Society on his findings. The content is decent, but his tenor, his posture, his authoritative gum chewing and the content continued to distill the findings through a triathlon, cross-fit, and “workout” mentality.

The intellectual evolution of O’Keefe is fascinating. The end game of his journey (and mine, to be frank) is that we can learn more from a lot of our Best Buddies participants than from our personal trainers. Grownups need to re-learn how to play.

“Happiness is only real when shared,” O’Keefe concludes before writing the audience a prescription to go outside and play.

This came to me during a recent training ride I led. Despite some rain, we had warm temperatures. Playing in the rain woke up the child in each of us. In your preparation for Best Buddies, remember our mantra: “Ride More; Train Less.” 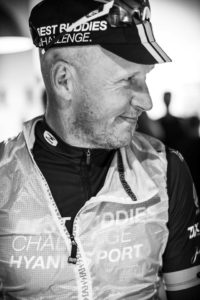 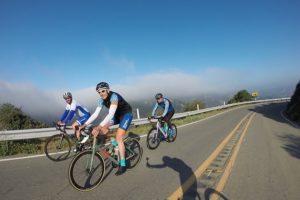 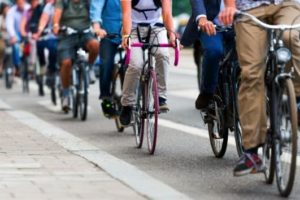 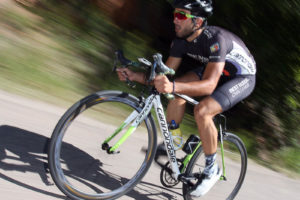